Skip to Content
Home / Company / Do you wish to appoint independent directors ?

Your company wants to appoint an minimum of two independent directors in the following cases :

The Item No 1 or 2 is covered by your company, then at least one third of the total number of your director should be independent directors.

Check whether the director is to be appointed has obtained Director Identification Number (DIN).

At the board meeting proceed a resolution appointing the person as a director of the company. In Form No.DIR-8 has a confirmation that confirming his eligibility ans also a written consent of the person is appointed as an additional director of your company. The section 264(3) has an exemption to private limited companies.

The number of directors containing the additional director does not exceed the maximum strength fixed for the board by the articles of association of your company.

The e-Form DIR 12 is not filled by the company, then the person cannot act as a director.

The director notifies about his appointment to other companies in which he is a managing director, director, secretary or manager within 30 days. If that director does not do so, he is punishable with a fine of Rs.25,000.

Further that three copies of this notice also to the stock exchange with which the shares of your company are registered.

Proceed the ordinary resolution and hold the general meeting by simple majority for appointment. The plan must specify the tenure which shall not exceed five years.

A copy of the proceedings and send three copies of the notice of the general meetings to the stock exchange with which the shares of your company are listed.

In case you wish to reappoint the independent director after his first tenure then the same needs to be effected by a special resolution.

Immediately notify to the stock exchange with which the shares of your company are listed the change in the company’s directors.

If you are a listed company, note :

(1) The board of directors of the company shall have an best composition of executive and non-executive directors have at least one woman director.

(i) The place of a key managerial personnel or its holding, subsidiary or is or has or associate company in any of the three financial years instantly.

(ii) proprietor or a partner or is or has been an employee in any of the three financial years instantly.

(iii) A company secretaries or a firm in its holding, associate or subsidiary company or cost auditors of the company.

COMPANIES AUTHORIZED UNDER THIS ACT TO BE REGISTERED. 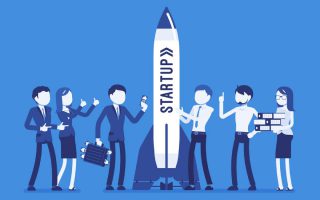 How to have a fantastic Start-up Company with minimal spending?

Non cash transaction with a director of your company