Where any act other than the making of an affidavit is need to be done before the registrar by any person it may be done by any of the following persons duly authorized in the prescribed matters:

The authorization of the agent must be executed on the prescribed form. In any particular case the registrar may need the personal signature or presence of the person who has authorized the agent.

Trademark is registered by an agent without authority

Where a representative or agent of the registered properties attempts or uses to register a trademark in his own name, without authority, the proprietor can oppose the applications or secure its cancellation.

The provision relating to trademark registration agents are included in the rules 148-162. An application signed by an agent who is not authorized is not competent. But this is clearly a matter of procedure only and is capable of being set right if a plea as to the application not being competent is raised without delay. It is well settled that when such a plea is raised after undue delay, the plea should not be entertained, because the remedy which the applicant had to create good the procedural defect may thereby be affected. If a decree is passed in a suit registered by a person who did not have the authority to sign the plant. The appeal court will not intervene, because the defect is of procedural nature only.

Agents or advocates authority to compromise on behalf of clients

Under or 23, r.3 of the code of civil procedure, for a compromise to receive the effective command of the court the compromise is need to be effected by a written document signed by the parties. 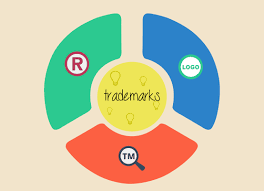 Duties of a trademark agent

It has been held under the UK law that trademark agents could not claim professional privilege in respect of correspondence between them and their clients.

Where under a treaty, convention or other arrangement, any country has provided to citizens of India privileges similar to those granted to its own citizens relating to trademark matters. The government may declare such country to be convention country and notify it in the Gazette. The benefit of this declaration is that a person who makes an application for trademark registration in a convention country gets the benefit of registration in Coimbatore. The section 154(4) offers that a convention applicant will not be entitled to recover damages for violation which place on the application for registration under this act.

Provision as to reciprocity

The provisions of the act are binding on the government, both state and central. Thus if the government needs to register a trademark it must follow the method place down in the act. The conditions relating to infringement and offences will also apply to government and its departments.

Amendment of the companies act 1956

Section 22 is amended to the following affect:

The trade and merchandise marks act 1958 is repealed.

Any notification, order, rule, registration, certificates or things done on the Trade and Merchandise Marks Act 1958 will, if in force at the beginning of the Trademarks Act 1999, continue to be in force and have effect as if made, issued or done under the corresponding provisions of the new act.

The conditions of the Trade Marks Act 1999 will apply to any pending application for trademark registration at the start of this act and to any consequent proceedings and to any registration granted in pursuance thereof.

The date of expiration of trademark registration is registered before commencement of this act will be the date quickly after the period of 7 years for which it was renewed or registered.