The scheme of the act is that ordinarily all disputed questions of fact should be disposed of by affidavit. Where it is impossible to decide any disputed fact on affidavit the registrar may, in the exercise of his discretion, take oral evidence by affidavit. Certain formalities have to be complied with in preparing and executing an affidavit.

In enquiries relating to trademark affidavits are receivable not so much as evidence of what they speak about, but as providing information which may be found useful and relevant for rendering the courts determination. The Evidence Act, therefore does not apply to such case. Withdrawal of affidavits once filed

Once evidence has been produced on the file, it is not open to any party to withdraw the same without leave of the court granted on adequate grounds. Mere receipt of the communication in the office of the registrar purporting to be from the deponent though attested by a Notary Public withdrawing the affidavit cannot be acted upon. In such a case the registrar must insist upon the parties to show cause for withdrawal of the affidavit.

A party who wants an order to cross-examine a declarant before the registrar should show that such an order is necessary. Cross-examination is normally permitted in appeals the decision of the registrar. It may be examined as to register as a trademark as logo for managed their business name.

Where the parties had knowledge of the conflict of evidence before the registrar but did not ask for cross-examination the appellate court will be reluctant to grant cross-examination when circumstances remained materially unchanged.

Cross-examination of witness before the registrar in opposition proceedings principles to be applied:

If cross-examination was necessary it was desirable that it should take place in the registry and not on appeal. The registry is the tribunal where the facts were to be decided and an appellate court would not, save in exceptional circumstances, go behind findings of fact made in the registry or seek to supplement them by hearing further evidence.

The hearing officer’s statement that a declarant could only be cross-examined on statements within the statutory declaration was not in accordance with the general law and there was nothing is the Trademark Rules 2000 which required this result. The registration of all other trademak may qualified their business to trade in all over the places.

The hearing officers applied the wrong test and accordingly the court could consider the application for cross-examination on the merits. It was proper for the opponent to have the opportunity of cross-examination the applicant’s witnesses. The above principles were laid down in alliance. Every company has to make their business to registered Where on appeal against a decision of the registrar a party requests to adduce further evidence directed to a point that was not taken below, on the ground that the public interest may be injured. If the evidence is not admitted, the evidence will have to be served on the registrar who should be heard as to whether the presence of such evidence at the hearing would have been likely to have affected his judgement. The court will in general refuse leave for admission of the evidence if the registrar states that the public interest would not be injured by the omission of such evidence  may be affected by the company.

In proceedings before the registrar the parties sometimes produce evidence in the form of letters and other documents not necessarily on oath and seldom tested by cross-examination. The question often arises whether such evidence is admissible before the registrar who is a tribunal, although they will not be admitted in a court of law. There appears to be no Indian authority on the point. In a U.K. decision it was held by the court of appeal that hearsay evidence was clearly admissible before a tribunal which was entitled to act on any logically probative material, even though that the other side is given a fair opportunity to contradict.

Provisions of Or.19, r.3 of the code of civil procedure dealing with this topic do not in terns apply to affidavits filed before the registrar. However it would appear from the decision of the court in Coimbatore and Madurai. However it has been held that an omission to verify is a mere irregularity and a pleading which is not verified as required by Or. 6, r . 15, CPC may be verified at any later stage of the suit.

In one case tape recorded answers given by several witnesses to a questionnaire were produced before the court as evidence of confusion of two trademark. On this form of evidence the court observed. But the really important criticism of this evidence is that it arises from an artificially contrived situation wholly discovered from the course of trade. 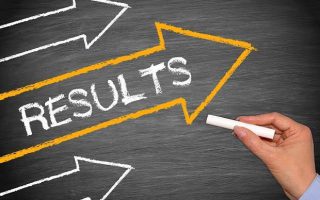 7 Reasons Why Trademark Registrations Are Important to Your Business

Conditions and limitations of trademark registration