This section provides power to the registrar to withdraw his order of acceptance under certain circumstances laid down in the section. The section expressly makes it obligatory on the registrar, in such a case, to give an opportunity to the applicant to be heard.

It is desirable that the registrar of Trademarks should hear the applicant as well as the alleged objections, decide the question whether the applicant through trademark “Gutka” has acquired any reputation in relation to goods like the term “safi” on the basis of evidence which may be produced and in the light of the fact the word “Gutka” is not an invented word and it is being sought to be used in isolation and not with any other word.

Advertisement of Application: Infringement of Trademark

The plaintiff company registered the trademark “Modern” in respect of tread in 1985. The defendant firm claimed to be the prior user since 1949, but applied for registration only in September 2000 which was advertised in April 2005. The plaintiff company had due knowledge of the business of the firm for a long-time, but did not take any steps till the suit was filed. The Copyright Registration Certificate shows that the company is the user of the said trademark “MODERN” since 1970 and is the registered proprietor of the trademark “MODERN” since 1985.

Any person may, within four months from the date of the advertisement or re-advertisement  of an application for registration, give notice in writing in the prescribed manner.

With regard to notice of opposition to registration the provisions of (old) section 21 of the (old) act are specific. The general provisions contained in (old) section 101 will not be applicable on the principle.

The opposition to the registration of a trademark may be made by ” any person” and not only by a ‘person aggrieved’. The reason is that public interests are also to be considered and the point of view of the public heard. Section 21(1) of the act lays down the limitation during which a person may give notice of opposition to the registration. It also lays down the starting point of period of limitation which is the date of advertisement or re-advertisement of an application for registration.

Where an application for trademark registration withdraws his application on the opposition of another person, the person who opposed cannot on that ground claim proprietary right for himself over that mark. The words “Any person” referred to above need not be only a prior registered trademark owner. Even a customer, a purchaser, or a member of the public likely to use the goods may object to the trademark registration in respect of such goods on the ground of possible deception or confusion.

The words “Conditions” and “Limitations” have no reference to the power of amendment to the trademark. The words “conditions” and “limitations” have reference to such things like mode of user of the trademark or as to the area of the user. The only power the registrar has of allowing amendment of a trademark proposed for registration is before or at the time of acceptance of the mark for advertisement for purpose of registration.

When an application for the trademark registration has been accepted, it has to be advertised as provided in section 20 of the act.

Notice of opposition to trademark registration and counter-statement are like plaint and written statement. Where the opponent admits that he acquired the registered proprietary right of the trademark “GUPTA” and that right was passed on firm after the firm was dissolved, the burden on firm to prove that the other partner transmitted his right in favor of the opponent.

The registrar may, on such terms as he thinks just, at any time, whether before or after acceptance of an application for trademark registration under section 18, permit the correction of any error in or in connection with the application or permit an amendment of the application. 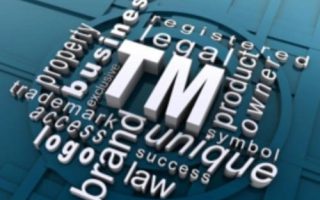 Why trademark incorporation in Bangalore is important and what are the reasons?