We discuss in this article about the formation of a company in India. Before the promoter moves to register a company, he has to confirm the following features:

Only three types of companies are registered in the companies act 1956:

We shall focus only on the steps of incorporating private and public limited companies. But a different lesson is being added to this study material on all the features of “producer companies”. The students may mention to the said study for the required knowledge of the subject “producer companies”.

Section 12 of the act assigns that any seven or more persons or where the company to be registered will be a private limited company, any two or more persons combined for any proper reason may giving their names to the MOA or following with the needs of this act in approval of registration makes an incorporated company, with or without limited liability.

These companies may also be lists as follows:

Application for Availability of Name of company

A company is recognized by the name with which is formed. The MOA of a company should, corresponding to section 13 of the act, state its company name. The promoters should choose three suitable names with one main name which must be availability. The ROC shall provide the details considering the availability of name within seven days of the acceptance of application.

In case of section 25 company, by getting a license from the regional director, the condition as also the word “limited”, or “private limited” to the name can be allocated with.

The company cannot be registered their name under the section 20 of the act is awful or which is like with or too nearly matches the name of an existing company.

Formation of Memorandum and Articles of Association 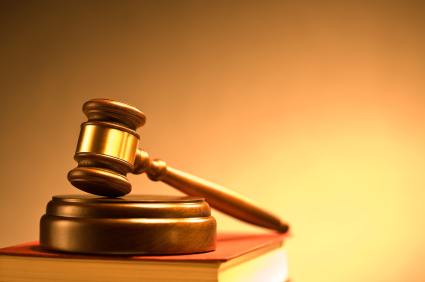 The MOA is the formation of a company. It is a document which between other items that explains the area within which the company can act. It is therefore, need to state the purpose for which the company has been registered. The company which manage the liability, the capital which it shall be authorized to mention the type of liability of its members. The state name of the company registration office shall be placed etc.

Vetting of memorandum and articles, stamping and printing, signing of the same.

The plan of the MOA should be developed and typed before printing the MOA of relation of a company. It is regular for the promoters to approach the ROC is involved for considering the draft MOA as the ROC may prefer some changes. It would be particularly useful in cases where promoters have no previous experience on company registration.

With a prospect to complete the different rules which are need for company registration. The promoters may choose an attorney allowing him to convey out the needs/orders specified by the registrar. This needs performance of a power of attorney on a non-judicial stamp paper of a value specified in the various state stamp laws.

In case of public limited company under the section 266 having share capital. A person is not selected as a director by the AOA unless he has before the registration of articles through their agent or himself. This is filed and signed with the registrar his permission in writing to act as company director.

Section 33(2) needs that a statement in Form No.1 of the act 1956, by an advocate of the high court of supreme court or a chartered accountant or secretary practicing in India who is involved in the company registration or by a person named in the articles as a secretary, manager, director which all the needs of the act 1956. The regulations have been organized with in respect of registration.

A company on registration by the ROC becomes a different legal entity however the reality that there was only one ruling director who also held a major shares of the company.

The benefits of registration is which the company never stops to exist. It has permanent run and remains in existing. But its members change, until is vanished by termination.

Registration of charge under companies act 2013

The company registration rights attached to any class of shares