If the proposed name includes the name of a registered trademark, then such a name should not be permitted to be registered as the company name unless the consent of the owners of the trademark has been produced by the promoters. If a name is identical with or too nearly resembles the name of which a company in existence has been previously registered then also such name ought to be permitted. The guiding instructions issued by government regarding similar names of

Principles same as for other cases of passing off

In deciding the question whether the name of one company is as similar to the name of another company as to be likely to deceive or cause confusion, the same principles which are applicable in the ordinary cases of passing off may be applied. At any rate, the principles which govern the two classes of cases are extremely analogous. A distinction must be drawn in every case between cases where the word in question, the word which it is proposed to restrain the defendant from using, is a word of common ordinary use, descriptive of an article, and where it is in the nature of a fancy word, or primarily does not relate to the article but to the person who makes the article of an trademark.

Where a limited company is registered under the same name as previously existing unincorporated body direction may be allowed restraining the limited company from using the name.

A person is not entitled as of right to have a company registered in a name containing his own name, in view of the provisions of section 20.

The object of section 20 is to prevent confusion developing from the resemblance of their names. Ordinarily confusion would be likely only when the business of the two companies are the same or similar. In a passing off action mere registration of the company under the companies act is not sufficient to injunct a defendant company having a similar name. The plaintiff company must establish the existence of all the ingredients of passing off.

A civil court has jurisdiction to entertain a suit for injunction restraining the defendant from using its name similar to the plaintiff’s name although a compliant under section 20 of the companies act on the same question is pending before the central government.

An action for passing off may succeed where the integral part of the names of the two companies are synonyms the one with the other.

Use of a name to business premises

As a general rule, the owner of a land or building of any kind may affix to it any name he pleases. But the court would interfere if a particular name were affixed with the view of making a dishonest representation which would cause damage to another, as , for example,  if it were for the purpose of representating that a business carried on there was the business of another, or even if without any dishonest intention, the user were such as actually or probably to mislead.

Name of the shop or factory or other business premises

Where the name of a shop or factory has acquired reputation in connection with the business or goods of a trader an action for passing off will lie against another trader using a name calculated to cause his trade, business or goods to be confused with that of the first trader. Where the businesses are distinct, no confusion may arise and consequently no action will lie. The business name of trademark should also been included in your shop or factory names.

Confusing similarity between the plaintiffs and defendants shop-fronts and window-dressings may give rise to a cause for passing off.

An honest trader will not be prevented from trading under his own name but will be prevented from placing his name upon his goods or selling them under his name if it would result in passing off. The business name contains a logo which is also registered in this manner.

Where name has acquired secondary meaning

If it is proved on behalf of a plaintiff that a name on a trademark has acquired such a secondary meaning as to denote his goods the court has to consider whether a defendant, whatever may be his intention, is to describing his goods that there is a likelihood of confusion with the goods of the plaintiff.

Right of person to carry on business in his own name

A man is entitled to carry on his business in his own name so long as he does not do anything more than that to cause confusion with the business of another, and as long as he does it honestly. This is an exception to the general proposition that no main is entitled to carry on his own business in such a way as to represent that it is the business of another or is in any way connected with the business of another. The exception is made in the interest of honest trading and only authorizes the use by a man of his own name. It is not an exception which even in an honest case, entitles a man to use something that it is not his own name. Thus it does not entitle him to use his name in combination with something else, such as the words “Company”…

The court will not intervene to prevent a man using his own name unless he is doing it for the fraudulent and dishonest person of filching improperly the trade of another. A person will not be restrained absolutely from carrying on a business under his own name.

Honest use of one’s name protected

If a man uses his own name and uses it honestly and fairly and is doing nothing more, he cannot be restrained, even if confusion results. If some confusion results, that is a lesser evil than that a man should be deprived of what would appear to be a natural and inherent right. The decided cases would appear to show that the exception does not extend to cases where the use of the name would result in deception. 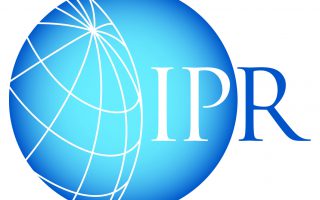