Alterations are common everywhere. The company must be responsible for the changes that occur in their memorandum, or article.

Alteration in memorandum or article

Each and every alteration of memorandum or article is very important to be noted in every copy of the articles. Even the resolution used after such alterations are expected to note in every copy of the articles. After the alterations made the company have to check each and every memorandum and articles reissued after the alterations. If the company failed to make the above changes and careful about the corrections then each and every member of the company will be fined along with the company. The maximum amount of fine will be hundred rupees.  It is according to the provision of section 40 of 1956 Act. The Companies Amendment Act 2000 amended section 40 of 1956 Act. It is mentioned below.

Section 15 of 2013 Act and Section 40 of 1956 Act is similar to each other except the increase of fine from One hundred rupees to thousand rupees. In case of default.

Incorporation of alteration of memorandum or articles.

Section 15(2) of 2013 Act does not comply with section 15(1) of 2013. Without the incorporating articles, the provided memorandum and articles will be subjected to the penalty. The penalty amount will be thousand rupees for each copy along with that every member of the company will also be subjected to the penalty. The amount has been increased from hundred rupees to thousand rupees.

These are regulations expected to follow for the alterations made in memorandum and articles. It is very significant to keep the data of the company up to date with the corrections that made then and there. Rectification of name of a company

Section 16 of 2013 corresponds to section 22 of 1956 Act. Central Government has the power to instruct the company to change the name of it if already a company exist in the same name. According to 1956 Act, the registered trademark owner can seek rectification for the name of the company if it matches the trademark within five years from the date of registration. Under the Act 2013, the time period has been reduced to three years.  The requirement of a change in the name of the registered trademark has to be done in six months. Actually, the time period has increased from three months to six months.

Not appearing in the court or not paying the payment is known as default. The one who is not following the rule and regulations of the Act 2013, Section 16 will be fined. Every officer of the company will be fined. The fine amount won’t be less than five thousand rupees. It can be extended to One lakh rupees. The fine is in double form one for the company and the other is for the officer who failed to concern the rules.

In certain cases, there are possibilities to register the company with similar names. It would have not done purposely. On the other hand, the registrar would have permitted to register the company with the similar name. The sole importance is given to avoid the similar names in the company. Again central government has the power to ask the company to change the name of it. Name of the company should not match the other. The trademark owner who has registered his company’s name can seek the rectification. This rectification takes place in case any other company has registered with the similar name within the five years of duration. If the central government has ordered to change the name of the company, then it has to be done within three months. If it was ignored, the penalty will be charged for the default. One thousand rupees will be charged from the first day of default.

Section 22 of the 1956 Act came into an amendment by the Trade Marks Act, 1999. This particular Act gave power to the Central Government, which has the authority to ask for rectification in the registered trademark. The proprietor of the registered trademark can leave an application to the Central Government requesting for the order of rectification. It is done because of the similarity in the name or closely near to the applicant’s registered trademark. Such applications must be done from the five years of registering the company. The above application that is filed after the expiry of this period will not be accepted. The Companies Amendment Act, 2000 has increased the fine amount from One hundred rupees to one thousand rupees.

The delegation of Power to Regional Directors and Registrar of Companies.

Rectifying the name of a company is required in case of any similar name opted by any other trademark owner. It is always good to have a unique identity and stand one among millions. The above rules are expected to follow very carefully to avoid penalty. 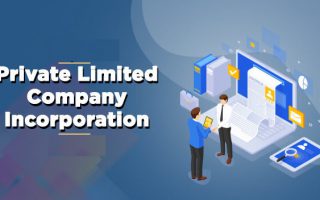 What are the advantages of company registration in bangalore?