Skip to Content
Home / Company / Changing the auditor of the company

The special notice received by the company in certain conditions like the holding power should not less than one percent of the total voting power or the holding share does not exceed five lakh, the notice received no earlier than 3 months or 14 days from the date of the served or deemed.

These special notices are associated under section 188 of the Act. Then we have to send this notice to the existing auditor of the company.

If there appoint an auditor, the registration of company should make the written letter in accordance with the limitations specified in section 141 of the 2013 Act.

The issue notice must place within 24days before the annual meeting and the explanatory system should mention regarding the place change.

The annual general meeting may conduct within twenty-one days after the shorter notice publishment. The notice should be written by hand or in electronic mode by 95% sign from the co-workers.

If any member who is willing to mark at least one consent and not on others are forced to move on the meeting, those members shall take into account for further requirements in regards with the former resolutions.

The notice should contain the facts about the representations and must be enclosed by the auditor.

Nomination Schemes of the Company auditor

All members should receive the special notice regarding the auditor change before 7 days of the company registration general meeting like a notice for the annual meeting.

The notice should publish in the English newspaper or dialect newspaper. Thus the registered company situated place become aware of the position change of the auditor.

The retired auditor must send a copy of representation to all the members in the company or the one who sends the notice of the meeting.

If there occur any default situation of the company or the retired auditor cannot able to send the notice, then he must have to read the notice at the time of the general meeting.

If the person gets the court’s order to restrict such actions then he cannot able to send the notice to the members or read in front of the meeting.

The auditor charged under section 139 of the 2013 Act may remove from the office after the expiry of the term by special resolution, or after receiving the special approval of the central government.

The company forwards the meeting notice and the notice of retirements to the stock exchange with which the shares of the company are listed and notify the change of the auditor of the premise.

The new auditor sends the intimation letter and he fills the e-Form ADT-16 within fifteen days of the meeting.

The e-Form should be the file in electronically and a copy of the intimation letter received by the auditor from the company.

We should ensure that the electronic form is digitally signed by the person who is authorized by the Board of Directors.

Organize a board meeting based on section 173 of the 2013 Act after giving notice to all the members and directors of the company. This is to approve the draft send to the regional director to sanction the removal of the company auditor.

Every officer of the company wants to send this notice to all and spread the information as much as they can. If they do not do the same they will charge 25,000 as penalties.

Make an application within 30 days of approval of the board to remove the auditor before the expiry of his term to the Regional Director in e-Form ADT-24 along with concerned fee under the companies act.

The e-Form should be filed as electronically and the desired documents must attach with it. The documents include,

The electronic form of the nomination should be signed by the director, manager or secretary of the company.

The company has to pay the prescribed fee notified in section 20147 in a particular format with the title “Do you wish to incorporate a Public limited company?”

Deliver the copy of the application to the Registrar of companies for more data.

The company receives approval from the Regional Director at the board meeting regarding section 173 of the 2013 act, to fix the date, time and everything needed for the general meeting. In the general meeting, the auditor may get removed and another provision for his place gets filled. The general meeting normally conducts after the 60 days from the approval.

The penal provision under item No.2 is compoundable to Regional director and the officers of the Central Government.

Issuance of the notice may take at least twenty-one days before the annual meeting. The notice also includes special notice relating to the special resolution with the valuable explanatory system and the registration. The annual general meeting conducted after giving a short notice within 21 days with a special consent in the electronic format from not less than 95% of the members urges to vote for threat.

If the shares of the companies are listed in the stock exchange, then do the following.

Other services from Auditors

Conduct a meeting of the Audit Committee in case the company wants to form an audit committee under section 177 of the 2013 Act. After the handover, all the notices to the members the audit approve the services to the new auditor.

If the company does not want to form the audit committee then the board approves all the services extracted by the Auditor.

The given services should not render by the Auditor

The rendering of the auditor may include the term directly or indirectly.

In case the auditor is an individual, either himself or through his colleagues or any other whatsoever has significant influence or control is used by such individual.

Appointing or re-appointing the cost auditor

If you are a company you have to check them and maintain the cost records and audit under rule 3 and rule 4 of Companies Act, 2014.if you willing to appoint a cost director then all you need to do is checking the name of the cost auditor at the board meeting after giving notice to all the members for the company as per the rules.

To appoint the cost auditor firstly, we have to get the written consent and written certificate from him.

The following persons are not eligible to get an appointment as auditor of the company.

The person who is the victim of the court of an offense and a period of ten years has not elapsed from the date of such types of principle.

The person or his subordinate or associate company is engaged in the approval date with respect to section 144 of the 2013 Act.

File the notice of the appointment with the central government as per the Rule 6(2) of the companies within 30 days from the board meeting where such appointment is made or within 180 days of the commencement of the financial year.

Do you want to appoint an auditor of a Company having more than 20 audits?

This is not applicable to small companies, OPC companies, dormant companies having paid-up share capital less than 1 hundred crore rupees.

Additionally, if the person is in full-time practice and not in Full-time employment, these restrictions on the number of audits are applicable.

If the person proposed to appoint in his individual capacity, then he cannot able to appoint as auditor more than 20 companies.

If the complies with the requirements of 20 audits as provided in section 141(3)(g) of the 2013 act then you can appoint the auditor.

Appointment of an Internal Auditor under section 138 of the Companies Act, 2013

Verify the below terms before appointing the internal auditor.

Whether your company is listed under as company or private limited company, having

The paid-up capital is more than fifty crores during the financial year.

Turnover during the financial year is more than two hundred crores.

The loans, borrowing from the fiancé and the bank exceeding one hundred crore rupees or more at the financial year.

The outstanding deposits exceed twenty-five crore or more at the preceding financial year.

Whether your company is a private company having

Turnover of two hundred crore rupee or more during the preceding financial year.

The loans, outstanding borrowings from banks and private finance exceeding one hundred or more t the financial year.

Making a good decision for your company registration in Coimbatore is the base task and much more important than anything. If your structure is well and there is no registration, the result is a damn fail. So, think wisely and choose legal and reliable registration services. We Corpstore in Coimbatore, servicing our services all over the world with a mission of credibility in each step. We focus to serve the good touch in every single step. Our team focuses to limit the time and cost as much as we can. To get the best registration experience, feel free to contact us. 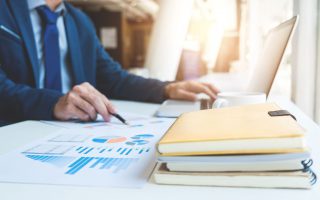 What is Acceptance of deposits in Companies Rules 2014?

PREVENTION OF OPPRESSION AND MISMANAGEMENT WITH MEMBERS.