Intellectual property of Patent is one of the main important aspects of the business industry.  A Patent gives certain ownership to the proprietor who invented something new. By using patent we can avoid mishandling of the product from others. Moreover, Patent has at most 20 years of validity from the date of registration. Most of the countries the patent act submerged under Civil law. Cases like if someone trespassing to the patent of others, the owner has the right to charge from him.  As a matter of fact, the word “patent” originates from the Latin word “patere”.

Take a look to an example, person called Samuel Hopkins, who invented some methods for the production of Potash. Namely, he is the 1st person who won the patent on July 31, 1790.  The government gives the right to the owners for the exchange of agreement among the public is termed as Patent. Challenge faced by Patent is called opposing proceeding. By using this opposition we can argue the validity of the patent in the court. In these cases, the opponent can state that the patent not has been granted yet.

The ownership of intellectual property:

The ownership can get normal people as well as the corporate entity also. But in countries the inventors only can able for filing the patent. And the inventor must assign the invention details to the employees regarding the employment contract. Especially, when the patent gets granted the inventor or the employee becomes the owner of that invention.

In some countries the inventor can assign their license to other proprietor. But apart from this some another countries oppose this type of actions without the permission of the actual owner. The inventor has the right to sell the patent to the third party. Notably, when getting the patent the third party also has the right to prevent the ownership from unwanted access.

Which types of invention can be protected?

The invention can be anything. For instance, the invention does not have any specific limitations. Inventions may be a product, process or any other. For example the mobile technology is grate inventions. It contains lots of Invention subcategories. Every type of invention is protected by patent.

Do the patent is applicable for every Country?

Likewise, the patent is valid and applicable to the country where it got the patent or Patent registration. The country vise the laws on patent are entirely different. Patents are regional properties.

Where we get the patent approval?

When in fact, the patent approval is done from regional patent office or from national office. They have some limitations on countries to approve the patents. Patent registration offices are:

Optimization of intellectual property in Worldwide

The patent is a territorial property. We can’t get the patent nationally. Because the patent is applicable depends upon the current country laws. Accordingly, if we want the patent worldwide then we have to apply for the National Patent Application Forum.

If we are applying for a regional patent, then the patent is applicable in its member states also.  You want the patent in more number of countries worldwide then the easiest way is to apply for international patent application under PCT (Patent Cooperation Treaty) and WITO. Anyone who is the resident or the nation of a state party to the PCT can apply only one application as the international one.

What are the necessary conditions for Patent Registration?

1) The patent Registration means an ownership to the proprietor. Thus each factor should be different with respect to the existing one. The product or process should be new as a new born baby. Although, the techniques on the invention should not match with any existing invention or prediction.  Though, the existing data is termed as “prior art”.

2) The steps involved in the process are known as Inventive steps. The new concept should contain such of Inventive steps. after,concept in those steps should not understand to the ordinary person who has some little knowledge in that technical field.

3) The invention can applicable in the technical field or industrial application. It should give some usage to the users.

4) The application of the Invention should be clear and understandable by the users.

Is it possible to keep our intellectual property as Private?

What are the causes if we don’t patent our Invention?

Consequently, if we do not attempt patent to our Invention it is an opportunity for the competitors to steal our ideas without asking us. Eventually, they snip our ideas or invention and they build something new and apply for the patent as their own name. It is illegal but the competitor does not bother about those cases.

What are the documents for the Patent Registration?

What are the types in Patent?

Ordinary Patent: Accordingly, an ordinary patent should contain an application with statements and specifications.

Conventional Patent:  It is an international filing agreement. It helps to secure the inventor by ensuring priority for his invention.

Addition of Patents: Some kind of patent for the owners to obtain low cost, protection for improvements for already applied patent.

In this Blog we discussed simply about the Patent regarding Information. If you wanted to register or get a certificate on Patent you can reach out the best service providers in Coimbatore named Corpstore. They have highly experienced patent attorneys who can register your patent. You can check the website for more information. 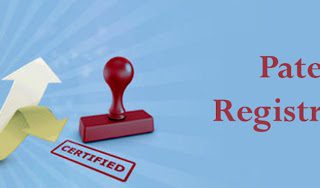 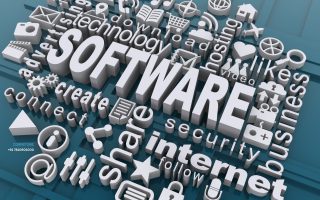